Stewart & Kett in the Media

Gone with the windfall

Many lottery winners go through their new riches in no time. Here are five of their most common mistakes — and how they can be avoided with some help from a CPA. 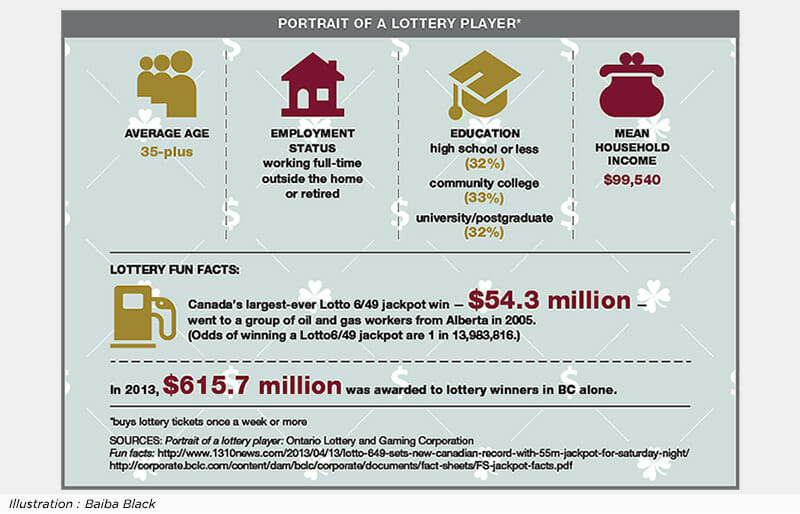 Imagine the freedom of winning millions. It’s a nice fantasy, created by lottery makers via ads portraying carefree, contented winners in exotic locales. And people are buying it — literally. According to the Ontario Lottery and Gaming Corp., almost half of all adults in that province play the lottery at least once in any given two-month period.

Yet if news reports are any indication, the freedom of winning is often short-lived. Take Sharon Tirabassi, the Hamilton lottery winner who made headlines last year for blowing through $10.5 million in only nine years. Today, she is taking the bus to work and living paycheque to paycheque again. In fact, research shows that the bigger the windfall, the greater the likelihood that winners will deplete it quickly. A US research paper comparing those with sizable winnings (US$50,000 to US$150,000) with those who won US$10,000 or less showed that the former were more likely to file for bankruptcy after three to five years.

Sarah, a mother of two who lives in southern Ontario and requested anonymity, says her experience is a classic case of what not to do with a lottery win. Five years ago, when her then husband won $83,000 in Pro-Line (a game where you predict the winners of upcoming sporting events), it was gone within six months. “Fortunately, I convinced him to pay off the car and a credit card because our finances were a mess, but half of it was spent on stupidity like hosting parties and buying a friend a $400 DVD player,” she says. “My husband already had a high-paying job and we didn’t invest a thing.”

Enter the CPA. Helping clients set objectives and get a realistic view of what to do with their prize money can be just the ticket to longer-lasting windfalls. Here’s a list of some of the most common mistakes lottery winners make and the expert advice that can set them on the right track.

MISTAKE NO. 1: ACTING TOO FAST

With a large amount of unexpected cash in hand, it’s tempting to start doling out gifts and spending with abandon. Cynthia Kett, a principal at Stewart & Kett Financial Advisors Inc. in Toronto, says there is a tendency among many lottery recipients to become overwhelmed and make decisions too quickly. “It’s better to take a tiny bit to have some fun but then park the rest for at least a few months before you make any big decisions,” says Kett, who has dealt with several big-ticket winners.

Steve Woloshyn, an accountant in Kelowna, BC, who won $1 million last year, agrees that there’s something to be said for quiet contemplation. “We put the money aside in a GIC so we had the time to decide what we wanted to do with it,” he says. “There’s a euphoria in buying stuff but you can blow your winnings in the first few months by buying frivolous stuff.” He suggests holding off on any major decisions for a while to let the news sink in.

MISTAKE NO. 2: DITCHING THE JOB EARLY

“People who don’t have any experience in dealing with extensive financial resources think a million dollars is a lot of money,” says Kett. She recalls one client who quit his job at age 30 when he won $4 million in 1998. “While he still doesn’t have to work, he had to sell his cottage and can no longer maintain the lifestyle of those early years,” she says. “When you win a large sum of money earlier in life, you have to realize you may have another 65 years of living ahead of you and the money might not last.”

Kett says there’s also a propensity among winners to think investments will always keep up with inflation. “But if you’ve stopped working and aren’t generating income, it can be a real problem when your returns don’t keep pace,” she points out.

MISTAKE NO. 3: FORGOING ANY FINANCIAL ADVICE

While people are generally more financially literate these days, only a qualified financial expert will know the intricacies of tax laws, foreign investment and estate planning. The key is for winners to find the best path to grow and maintain their wealth, say experts.

“Many people don’t have a grasp of what it means to be taxed at the highest rates,” says Suzanne Schultz, an estate-planning specialist at RBC Wealth Management and author of Tax Tips for Canadians for Dummies. “They also think they can earn 10% from their investment risk-free and live off the interest.”

She says a qualified CPA can point out opportunities to save on taxes or split income with other taxpayers in the family. Permanent life insurance is one possible vehicle. “For example, if older clients have legacy goals and want [the money] to last through the generations, we might do a permanent life insurance policy on the lives of the children so that the money eventually goes to the grandchildren tax free.”

Kett also points out that some lottery winners have never had financial advisers before because they’ve never needed that level of advice. “CPAs have to be approachable because sometimes we can seem intimidating, especially to someone who isn’t used to dealing with lawyers and accountants. We can be helpful in determining what is possible and reasonable, and helping clients focus on coming up with a concrete plan for their money.”

MISTAKE NO. 4: BUYING A HIGH-MAINTENANCE PROPERTY

A dream home or vacation property might be at the top of the wish list, but problems arise when winners look only at the purchase price and don’t take into account maintenance, including condo fees, property taxes and general upkeep.

“People don’t think about what happens when a property sits empty for nine months,” says Tony Maiorino, vice-president and head of RBC Wealth Management, which has worked with hundreds of winners. “They focus on immediate expenditures and not the potential long-term depletion of capital.”

He says winners can work with a financial expert to determine the best approach for buying property in Canada and elsewhere. “If you buy a family cottage, it might be better to go through a family trust, or you might choose to do a nonrecourse mortgage to buy property in the US,” he says.

MISTAKE NO. 5: BECOMING THE RESIDENT ATM

There’s nothing like the news of a jackpot to get borrowers seeking venture capital coming out of the woodwork. “Lottery winners need to learn to say ‘no,’ or at least ‘not right now,’ ” says Maiorino. “Otherwise you lose sight of your objective and are pulled into other things.”

He says he hears time and time again from clients who get requests for loans or business investments from family and friends, including those who haven’t been in touch in years. It comes back to taking time to make decisions, he says. “Waiting 30 to 90 days to help a friend or family member won’t change anything to a large degree,” he notes. “The people who have the biggest regrets are usually those who made decisions without sitting down and talking to a trusted professional first.”